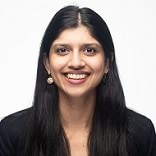 Stephanie joined the VGSO as a trainee lawyer in 2017 and was admitted to practice in 2018. She settled in the Public Law and Planning Branch where her practice involves providing advice and conducting litigation for a variety of government clients on questions of constitutional law, statutory interpretation and other public law matters. In particular, Stephanie regularly provides advice to the Attorney-General for Victoria on notices given under section 78B of the Judiciary Act 1903, and has acted for the Attorney-General intervening in constitutional litigation. Stephanie also advises on a diverse range of non-constitutional areas, including the exercise of statutory powers, planning and environment, privacy law and emergency management.

Prior to commencing at the VGSO, Stephanie completed internships in the international criminal law space at the United Nations Assistance to the Khmer Rouge Trials in Cambodia and in the civil law space, specific to Indigenous Australians, at the North Australian Aboriginal Justice Agency in Katherine.