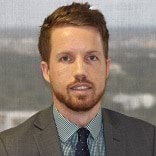 Mark's practice has a particular focus on assisting government with statutory approvals and powers, particularly in the delivery of government projects. That practice includes regularly assisting authorities with land delivery (including compulsory acquisition and land compensation issues), and in dealing with planning, environment and heritage issues, and related matters. Mark also assists government clients to understand and use powers under a range of legislation, including project delivery legislation.

Mark also co-leads the Emergency Management Practice Group at VGSO and has expertise in a range of emergency management matters.

Mark is an experienced practitioner in many other areas of administrative and public law, regularly providing legal advice and representing government in judicial review and other litigated matters.

Mark regularly assists departments and agencies in relation to:

In all areas, Mark provides clear, strategic advice, focused on the particular needs of government, and assists government to identify solutions and resolve complex issues.

Mark's work is always informed by a detailed understanding of the workings of Government, having worked at VGSO for several years, and having commenced his career as a graduate and legal officer at the Commonwealth Attorney-General's Department in Canberra.