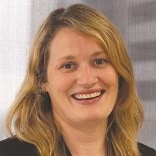 Jennifer practises in the Compliance Enforcement & Prosecutions Team. Predominantly she undertakes various complex criminal investigations, indictable prosecutions, high volume summary prosecutions, and appeals, for a number of government departments and statutory authorities in connection with diverse regulatory offences. In addition to her prosecution practice, Jennifer acts for clients in reviews of their administrative decisions in VCAT and the Supreme Court, and related appeals, and also as Counsel Assisting on disciplinary inquiries.

As part of criminal investigations, Jennifer collates evidence, interviews suspects, takes witness statements and advises clients on the prospects of success in the relevant prosecution and on other related matters such as investigative powers and admissibility of evidence. Jennifer has repeatedly appeared before the Supreme Court to seek warrants under the Surveillance Devices Act 1999. She has developed a depth of experience in all aspects of criminal procedure across a range of jurisdictions. For any prosecution, she is able to assist clients with filing charges, drafting Statements of Material Facts or Summaries of Offences, compiling Briefs of Evidence (Hand-Up, Full or Preliminary), and managing all aspects of complex litigation. She also appears as a solicitor-advocate in all administrative and substantive stages of criminal proceedings (including filing hearings, committal mentions, summary case conferences, mentions, pleas, contest mentions, contest hearings, sentencing and appeals) in all court venues. In 2017, 2019 and 2021, Jennifer has managed the large scale prosecutions of several hundred Accused persons for failing to vote in Council and State elections, appearing at all contest hearings.

In addition to her prosecution practice, Jennifer acts for clients in disciplinary inquiries as Counsel Assisting and in reviews of administrative decisions in VCAT and the Supreme Court. This includes drafting particulars of allegations and Statements of Agreed Facts or provision of s 49 statements/affidavit materials, appearing at directions hearings, settling any Statement of Legal Contentions/Submissions, preparing e-Tribunal/e-trial books and Combined Lists of Authorities, and instructing Counsel at hearing/trial.

Since joining the VGSO in January 2010, Jennifer has enhanced her skills by undertaking secondments at the Victorian Building Authority, Taxi Services Commission (as predecessor to Commercial Passenger Vehicles Victoria), and Corrections Victoria. She is regularly a presenter in delivering VGSO's specialised training package on investigations and evidence. She has also created procedure manuals and precedents for administrative law, general prosecutions and also specialist prosecutions, including failing to vote in the 2016 Council elections, the 2018 State election and the 2020 Council elections.

Jennifer is originally from Northern Ireland and qualified as a solicitor in September 2000 before emigrating to Australia in December 2005. As well as being experienced in criminal and administrative law, she has previously appeared in numerous civil litigation matters in the County Court, Supreme Court, Court of Appeal, Federal Court and VCAT (and their equivalents in Northern Ireland and in England).