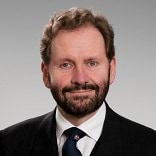 Ian is a highly experienced government lawyer who has an extensive practice in government and commercial law, and has advised extensively on executive powers, public finance and statutory interpretation. He regularly advises clients on public finance, the development of legislation and novel questions of executive powers. Ian joined the Victorian Public Service in 1984 after six years at the Victorian Bar, and worked as a lawyer in the Office of Chief Parliamentary Counsel, the Ministry of Consumer Affairs, the Ministry of Finance, and as a policy adviser and manager in the Ministry of Consumer Affairs and the Division of Further Education (Ministry of Education).

In 1992 he was recruited to establish an internal legal service in the Department of the Treasury (now DTF), and left his role there as General Counsel 20 years later in 2012. He developed an extensive practice in government and commercial law, and has also been a key leader and adviser to the department in relation to a wide range of policy and legislative matters, notably leading DTF's policy work in relation to a rewrite of the financial management legislation (Public Finance Bill 2010 and associated legislation) and the development of IP and data access principles. He also studies and presents in relation to professional ethics.

Ian is also a public notary.

Ian has held a number of international leadership roles in Amnesty International, including four years on AI's International Executive Committee, and is at present a board member of AI Australia, Advocate for the Anglican Diocese of Melbourne and Chair of Committee for the Melbourne Diocese and the General Synod of the Anglican Church of Australia. He is Secretary of the Australian Association of Professional and Applied Ethics.